Speaking at the event, Minister Meyer highlighted that the Western Cape Department of Agriculture (WCDoA) embraces the 4th IR and the use of associated technologies such as drone technology. 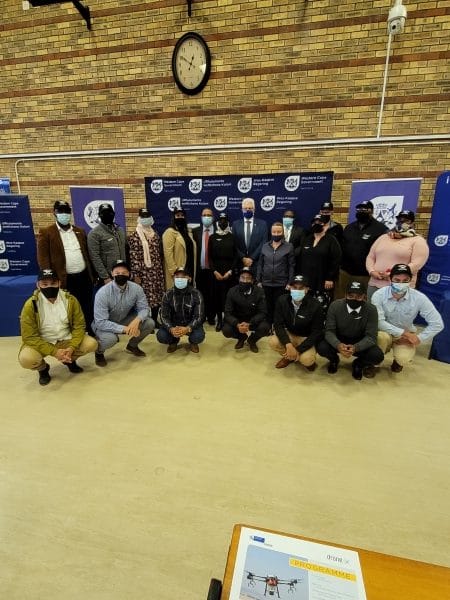 In his address to the new drone pilots Alan Winde said: “During my State of Province Address in February, I said that I was committed to leading from the front in growing the agricultural economy and creating jobs. I also announced we would embrace innovation and technology, and specifically drone technology.  Today, I was able to witness this commitment in action as I attended the second drone wings ceremony at the Elsenberg agricultural training institute. During the ceremony, we celebrated 18 graduates who have received their Remote Pilot License.” 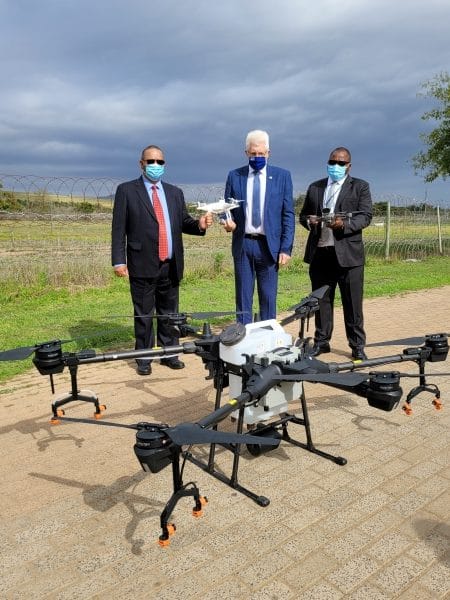 Premier Alan Winde continued: “I congratulate these graduates today, as they now join a growing pool of expertise that will ensure even better agricultural production in our province. Their skills will undoubtedly help create jobs for many more people across the Western Cape, and I look forward to hearing of their future success. I also want to commend the Western Cape’s Department of Agriculture, under the leadership of Minister Ivan Meyer, for the innovative approach to modernising agriculture in the Western Cape. This project is an example of the innovation, agility and courage that we need to keep the Western Cape moving forward in the years ahead”.

Meyer highlighted that a n increase in productivity will increase the power of our agricultural economy, contribute to economic growth and create greater food security.

“Growing the economy and creating jobs is a priority for the Western Cape Government. Drone technology creates exciting new career opportunities and its applications aim to grow the agricultural economy”, concluded Meyer.