MESSAGE FROM THE CEO’S DESK – September 2017

MESSAGE FROM THE CEO’S DESK – September 2017

The grim reality and probable effects of climate change, and especially if it was still disputed, started to be felt by everyone in the sector and most profoundly by the beneficiaries Casidra supports through the agriculture programmes the company implements.

The drought conditions in the Western Cape province continue to place a damper on the agriculture sector in the province. Records confirmed that the current drought is the worst the region experienced in over 100 years. While measures are put in place to influence behavior, in an attempt to reduce consumption but particularly wastage, the hope was still alive for the expected rain during the traditional raining season over the winter-months. The latter unfortunately did not materialize in the volumes as was hoped for.

Local municipalities are doing their utmost to try and conserve as much of this valuable natural resource while attending to measures to repair and fix water storage infrastructure so when it does rain storage facilities are sufficient and ready. The Cape Town City management also started putting programmes in place to deal with provision of water should the rainy season not provide enough water to fill storage dams. These measures include plans for increased volumes generated from recycling and also desalinization practices. 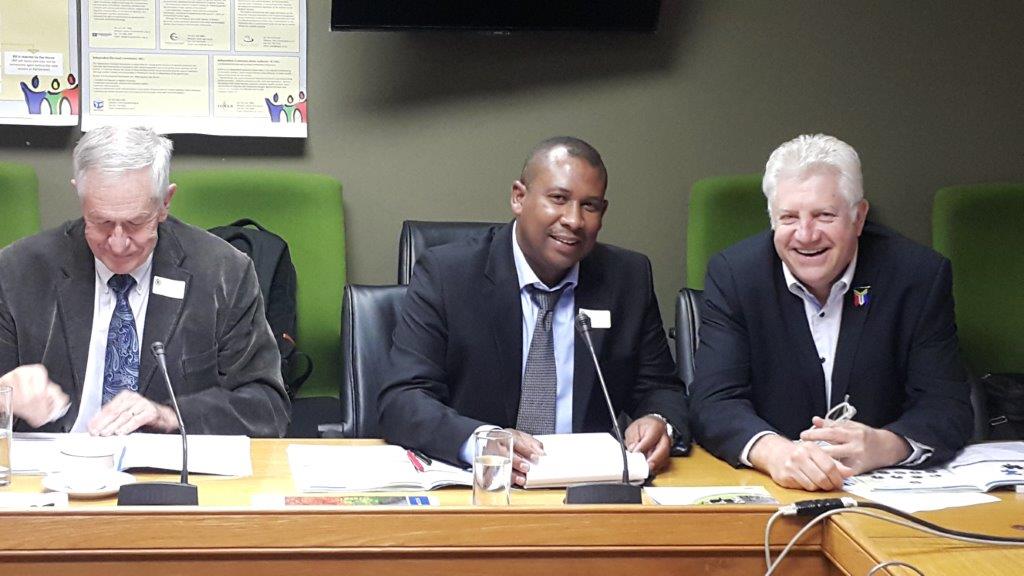 In the interim the impact of the drought on general agriculture production has been monitored and observed with concern. Dams on many farms have emptied as storage dam levels dropped and rivers started running dry. The commercial agriculture sector is feeling the pinch and some businesses are reducing labour as production outputs are declining. The risk to food security in the province is also a stark reality.

The impact on new entrants to the sector, referring to the small and emerging farmers, have also been harsh. Some small farmers in the severely affected West Coast of the province were supported through an Emergency Drought Relief programme funded by the Western Cape Department of Agriculture (WCDoA) with support from organized agriculture. Because of the persisting conditions, the implementation of numerous current food security projects had to be placed on hold due to availability of water. The utilizing of grey water to enable production of crops has alleviated the situation but was in the same breath also challenging, mostly due to scale but also the changing of people’s mindsets.  The situation will also reflect in the numbers of projects that could be implemented during the current year.

Casidra assisted the WCDoA with the roll-out of the support programme to affected farmers in the declared drought-stricken areas for the supply of fodder.

At the same time a devastating veldfire, which became out of control, and was fueled by strong winds, destroyed large parts of the Eden district. The WCDoA assembled a Disaster Emergency Response Team and requested Casidra’s Regional Manager Johan Bronkhorst, to form part of the team. The team’s primary focus was to establish, locate and recommend the areas where the supply of support, to farmers specifically, should be prioritized. Casidra was required to procure emergency supplies for support of predominantly the livestock farmers. Business relationships with suppliers, were heavily relied upon to supply drought relief feed within very short turnaround times, especially since most suppliers were running short of stock. The team managed well under the circumstances and is thanked.

Farewell to Board Members

During August, the Casidra community also said farewell to a long serving member of the Board and the Chairman of the Casidra Board for the last six years. Advocate Gary Oliver announced his retirement from the Casidra Board in August 2016 and presided at his last Board meeting on the 24th August 2017.

Advocate Oliver served the company with distinction and always fiercely argued the merits of its existence and defended the cause for development, in especially the rural areas, to bring about the prospects for economic opportunities, services and development to those far removed from these services. He is modest about his contributions and rather thanked everyone for the opportunity he was given to serve others. He regards the achievements of Casidra as meaningful and wishes the company, its leadership and team members well for the future.

At the Annual General Meeting, Mr Jannie Roos also retired as a member of the Casidra Board. Mr Roos served on the Board since 2009 when he was appointed as the representative from the Office of the Minister. Mr Roos thanked Casidra for the time he could serve and regarded it as the highlight of his career.

Casidra is happy to announce and welcome Dr Leonie Coetzee and Mr Ainsley Moos as the new Chair and Vice-Chairpersons respectively. We are cognizant of all the challenges in the broader environment but are confident that with their stature, leadership, passion and energy the company is set to grow on the legacy that we’ve inherited.