Anhalt hand over to the Haarlem Community

Anhalt hand over to the Haarlem Community

It was an auspicious occasion when the Deputy Minister of the Department of Rural Development and Land Reform (DRDLR), Mcebisi Skwatsha, handed over a Title Deed for the Anhalt farm during a ceremony held at the Haarlem Community Centre on Saturday, 15 February 2020.

This became a historic day for the community after striving for the past almost 20 years to get the Anhalt farm transferred. Prior to this handover, Deputy Minister Skwatsha visited Anhalt and said that the members of the Haarlem Communal Property Association were the most skillful and knowledgeable people he had ever come across in South Africa. Deputy Minister Skwatsha was extremely impressed with the manner in which the CPA members manage the farm.

In response, the chairperson of the CPA, Ricardo du Preez, said that the Deputy Minister can be rest assured that the farm is in good hands, as it is managed as a business enterprise. Du Preez kindly requested that Casidra continue mentoring the farm’s employees and thanked both the Western Cape Department of Agriculture and the DRDLR for their support and hard work during the transfer phase of Anhalt.

Du Preez was adamant that the community will benefit from the farm – not by handouts in the form of money, but by funding of community projects with some of the profits of the farm. His vision is for the children of the Haarlem community to eventually become farm owners. 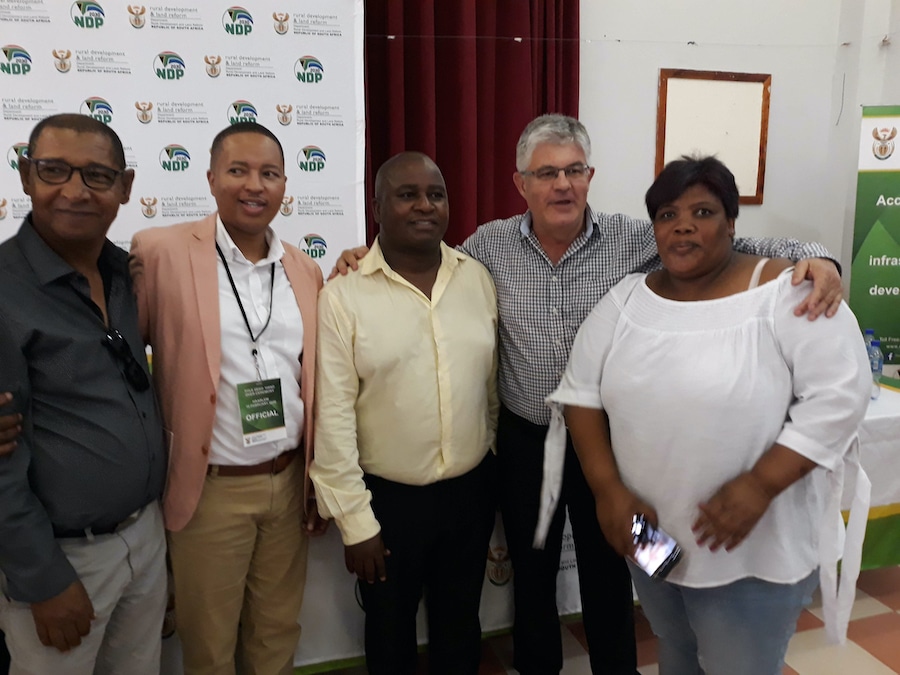